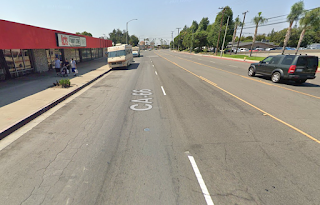 On February 2, 2022, at about 6:58 pm, Officers with the Pomona Police Department responded to the 300 block of E. Foothill Blvd. in Pomona after a caller reported the sound of gunfire in the area. Officers arrived and located a male adult victim suffering from a gunshot wound. Lifesaving efforts were made on the victim, but he ultimately succumbed to his injuries at the scene and was pronounced deceased by the Los Angeles County Fire Department.

Detectives with the Pomona Police Department’s Major Crimes Unit responded to assume the investigation. That same night, Detectives obtained information that lead them to a nearby hotel room, where they located and detained Donald Moore. Later that evening and after further investigation and questioning by Detectives, Moore confessed to the murder of Enrique Falcon. Moore was booked at the Pomona City Jail and the Los Angeles District Attorney’s Office has filed one count of 187 PC- Murder against Moore. The investigation is still ongoing.

Anyone with information regarding this incident is encouraged to contact the Pomona Police Department at 909-622-1241. If you prefer to provide information anonymously, you may call "Crime Stoppers" at 1-800-222-TIPS (8477).

Email ThisBlogThis!Share to TwitterShare to FacebookShare to Pinterest
Labels: California 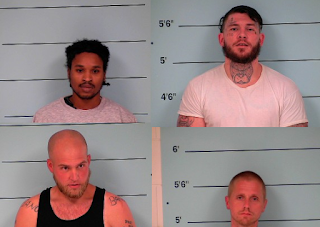